With over 30 years of experience both in and out of clinical practice, Dr. Piso offers uniquely crafted programs and presentations.

Inside every new human connection lies the possibility of unleashing another’s potential for greatness. Following the logical steps found in the Medical Model of Dx (diagnosis), Rx (prescribed action) and Tx (treatment) and the Stephen Covey habit “Seek first to understand, then to be understood,” Dr. Piso spends quality time with individuals in order to properly assess each situation. Thoughtful information-gathering is the key to understanding, which is the forerunner to producing any lasting change.

Once an individual is confortable with Dr. Piso’s assessment of the situation and has expressed a commitment to participating further in the process, they can both move into collaboration and focus upon a wide variety of goals and strategies, such as changing lifestyle habits, wellness education and/or coping skills development. In this stage, Dr. Piso and the client co-construct a “how-to” Action Plan to break inertia and begin to change behavior. 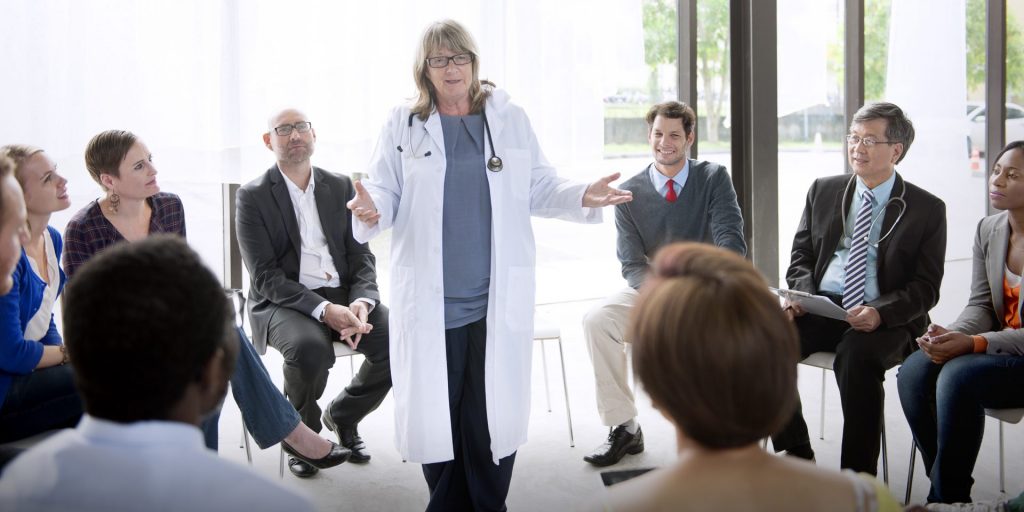 Ten Steps on the Wellness Path Toward Thriving

This Coaching process invites the person to create synergy towards the solution. Client input is crucial because it enables the Action Plan to be fully based in their real-life situation with meaningful, achievable goals.

Know yourself completely, and to your own self be true in all things.

Your willingness to take responsibility for your own health and happiness opens the door to self-empowerment, recognizing that power (control) and responsibility (accountability) move in direct proportion to each other in any healthy system.

Accept What Can’t Be Changed .03

Your willingness to take responsibility for your own health and happiness opens the door to self-empowerment, recognizing that power (control) and responsibility (accountability) move in direct proportion to each other in any healthy system.

Choose your focus carefully, recognizing that what we focus upon tends to expand (positively or negatively) and, therefore, to determine our quality of life.

Since we are able to choose our attitudes, feelings, and behaviors, especially as we practice doing so, we are responsible for them and offer no blame or excuses for the consequences of our choices.

Our experience of life is an internal event over which we can exercise great control; therefore, we seek fulfillment and peace through inner work and transformation, rather than being dependent upon things or people outside of ourselves (i.e., freedom vs. addiction).

We are comprised of 3 distinct but interconnected parts: body, mind, and spirit, and we strive to achieve balance and harmony among all 3 parts to develop strength/resilience and freedom from distress.

08. Become Free to Pursue Life at its Fullest

We recognize that we must find the unique purpose and meaning of our lives, including a higher order value system, in order to accept our eventual physical death with peace of mind and to become free to pursue life at its fullest based upon such understanding, beliefs, and faith.

09. The Key to Contentment and Bitterness

We understand that appreciation for our blessings is the key to contentment, while our failure to appreciate them is the root of bitterness, discontent/jealousy and feelings of regret.

10. Strive to Create a Legacy

We recognize the inter-dependency between ourselves and our families/friends and communities, thus we strive to create a legacy of lasting service and benefit to others, enjoying the fruits of generous sharing and caring. 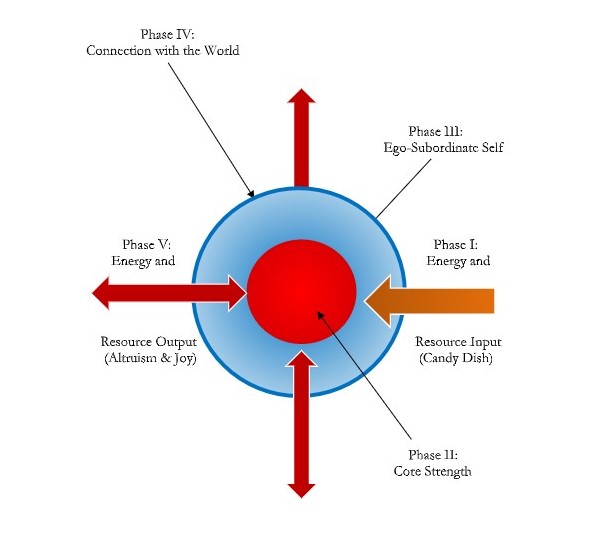 In this figure, five phases of human development are depicted as they relate to our personal power. In Phase I, the child is dependent upon protection and nurturance from her environment to ensure healthy growth and development, metaphorically described as a candy dish in Chapter 8. Accordingly, energy and resources are invested within the child, enabling her to grow and to complete passages toward core strength development successfully.

In Phase II, she has developed sufficient core strength to engage in further struggle effectively with necessary features of safety, stability, and a cohesive sense of self.

With continued maturation and growth, she enters Phase III and gains the ability to subordinate her ego with a realistic sense of self, humility, and an appreciation for others.

The subordination of the ego can be likened to dying to oneself, so it thus serves as a critical developmental milestone that must be attained in order to enter Phase IV: feeling an intimate connection with the world as a viable creature within it. The experience of such intimate connection and appreciation for the world, including all living things and the universe, itself, sets the stage for resolution of the challenge posed by mortality, also discussed in Chapter 8.

Having developed the prerequisite core strength to accept our death, in Phase V we resolve the existential dilemma ultimately by finding a purpose greater than ourselves, and in doing so we invest our energies and resources outwardly, no longer preoccupied with a self-serving mission. This leads to the highest level of consciousness and fulfillment through altruistic behavior and consequent joy. Rather than bemoaning the injustice of living only a century or less, we celebrate our lives with an immortal sense of presence, appreciating our best contribution to the universe, finding contentment and peace in the process.

In this next figure, the same five phases of human development are depicted in our quest for power; but, unlike the first scenario, we become predisposed toward following pathways leading to Unhealthy Power instead. In Phase I, conditions either too harsh or too comfortable impede early growth and maturation, predisposing the child to remain weak, unstable, insecure, and thus slow to develop, if not arrested altogether.

There is exaggerated and prolonged dependency, and this carries over into Phase III by perpetuating an egocentric self, one who lacks empathy and regard for others. Interpersonal relationships remain conflicted, further compounding the struggle toward healthy maturation. She develops a thick and rigid defensive shell to safeguard a fragile sense of self at her core, having the effect of creating a lonely separation from the world—one in which deep, meaningful relationships cannot be established or maintained—while hungering for intimacy and loving attachments. In her continued struggle for power, she seeks energy and resources from people and the world otherwise, often in addictive fashion.

Phase V is then characterized by her inability to shift focus outside of her or to invest in others in meaningful ways while consuming everything around her incessantly, much like the black hole from which nothing re-emerges. Consequently, she remains essentially addicted to herself, craving energy and resources to fill the hole in her soul, fixated upon a personal mission—rather than an outer-directed one—while remaining unfulfilled in Lifelong Grasping. Whereas in Figure 1 the pinnacle of development is characterized by personal greatness in harmony with the world, the road to Unhealthy Power always generates personal struggle in conflict with the world. 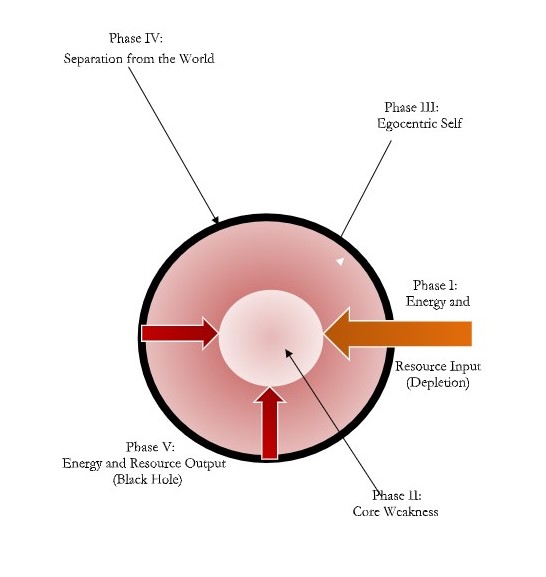 Dr. Craig Piso is a psychologist with 40 years of experience in the field. Over the last 10+ years he’s been practicing Motivational Interviewing (MI) techniques and has developed workshops and curricula on MI to be used specifically in educational settings.

What We Do Best

Depending on the situation, different topics can be relevant to different people. We adjust these topics and services to each individual.

As an experienced consultant in the field of Ophthalmology, Dr. Piso is well-versed in the nuances of navigating successfully through company policies.

With over 30 years of experience both in and out of clinical practice, Dr. Piso offers uniquely crafted programs and presentations.

Dr. Piso knows the ins and outs of Ophthalmology and will help you motivate and organize your business and employees.

As a Corporate Trainer, Dr. Piso focuses on the transfer of life and business management skills and offers customized training seminars

Dr. Piso will analyze your organization and assess what needs to be done. He creates custom solutions that will work for you and your employees.

“The recognition and acceptance of any truth, no matter how disturbing, is liberating and empowering.“

About Piso and Associates

Piso and Associates is a psychology-based development initiative dedicated to helping corporations, organizations, and individuals realize their full potential. We provide numerous solutions through a broad array of services and products, many of which can be customized to meet your corporate, organizational, or individual needs. 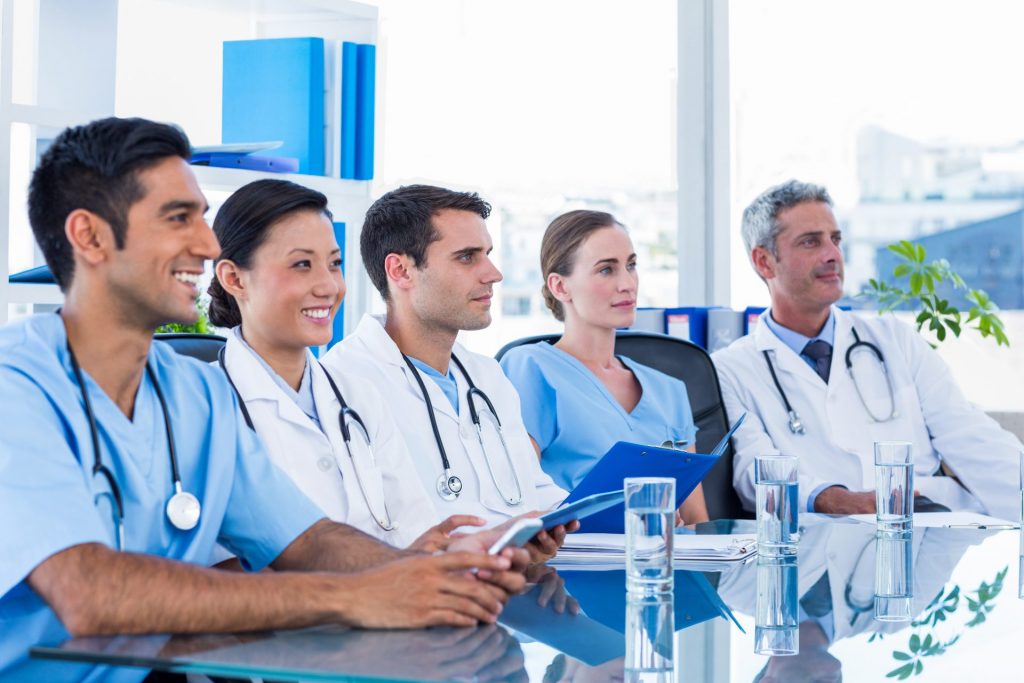